So last night I hit all the requirements to become a Twitch Affiliate, which is nice. It means people can use bits in my channel and I can upload some emotes for subscribers to use on twitch, once I have the slightest idea of what emotes to make I'm sure my daughter will be able to help actually make them.

Twitch streaming is an odd thing for me because while I love having a few people hang around while playing games toi chat, etc over the years games have traditionally for me been the time when I listen to music, it's also why I've never given a crap about game soundtracks since they ALWAYS get switched off as soon as I install the game but with Twitch if you play music they will mute your videos for anyone who wants to watch them on demand, thankfully they don't do anything to the live broadcast. Initially I didn't mind this since I've never watched anything on Twitch on demand, if it doesn't have the interactivity I don't really care about the content but I understand other people will have different view styles so I've had to cut out playing music while streaming so I don't get told off by the almighty Amazon.

I'm going to endeavour to get my streaming setup more involved and slick in the coming weeks to take advantage of bits integrations, etc and to generally be less shit, I think I'll also as a general rule try to stick to a set time to start streams although not a set day as real life gets in the way far to much for that, I'm really looking forward to it and hope some of you pop round often to talk. 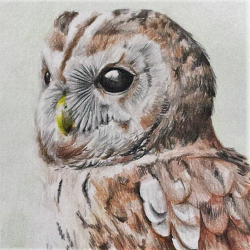 Subscribe to Sp4rkR4t - The land of pics and funny?

Stay up to date! Get all the latest & greatest posts delivered straight to your inbox.